Measuring allows engineers to identify how their app's time is being spent at runtime.

In this tip, we'll discuss the User Timing APIs provided by the browser, and how you can use these to measure the performance of your web app.

I recommend familiarity with:

The browser provides a window.performance JavaScript-accessible global object with a variety of performance related helpers.

While there are many interesting properties to explore in this object, we'll only be talking about two in this tip:

It accepts a name parameter, which is used to identify the mark.

Let's look at an example:

Each invocation of performance.mark() adds a new entry to a browser performance entry buffer. Each entry maintains a timestamp of when mark() was called.

If we visualized this function with its performance marks, it would look like this: 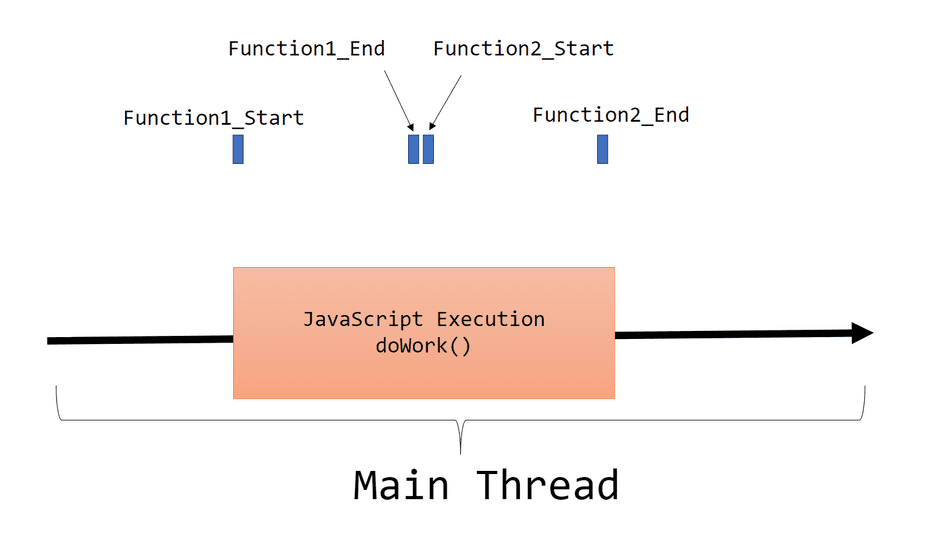 Notably, performance marks do not represent a duration of time, but a point in time.

It accepts a name parameter, used to identify the measure, in addition to the two marks, start and end, that it should measure between.

Each invocation of performance.measure() creates a new performance measure, and adds it to the browser's performance timing buffer. It also returns a PerformanceMeasure object which has a handy duration property, you can send to your telemetry system.

If we were to visualize this example, this is how it would look: 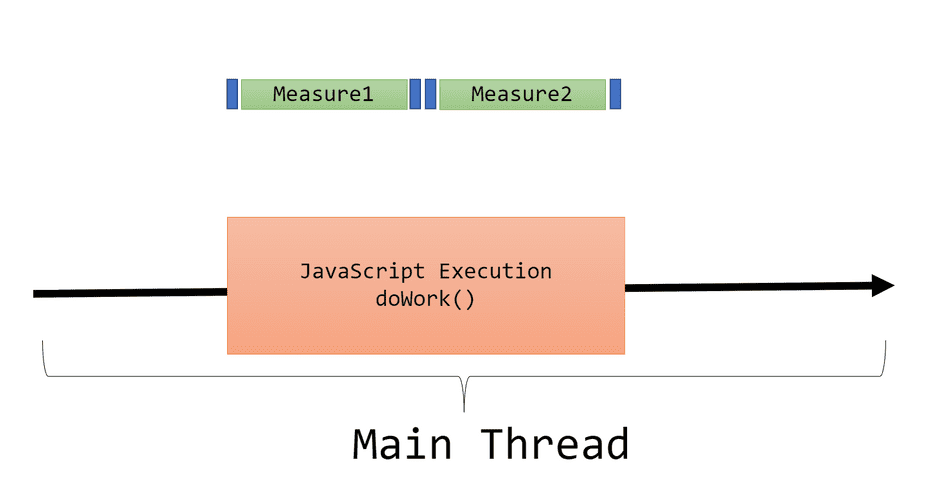 As your application executes operations at runtime, it's likely you'll invoke some asynchronous API, such as requesting network data or responding to an event.

These APIs will queue a task and execute at a later time on the thread.

You can use performance.mark() and performance.measure() to understand how long it takes to complete these scenarios across asynchronous operations!

In this example, we measure two periods of time,

If we were to visualize this example, it would look like this: 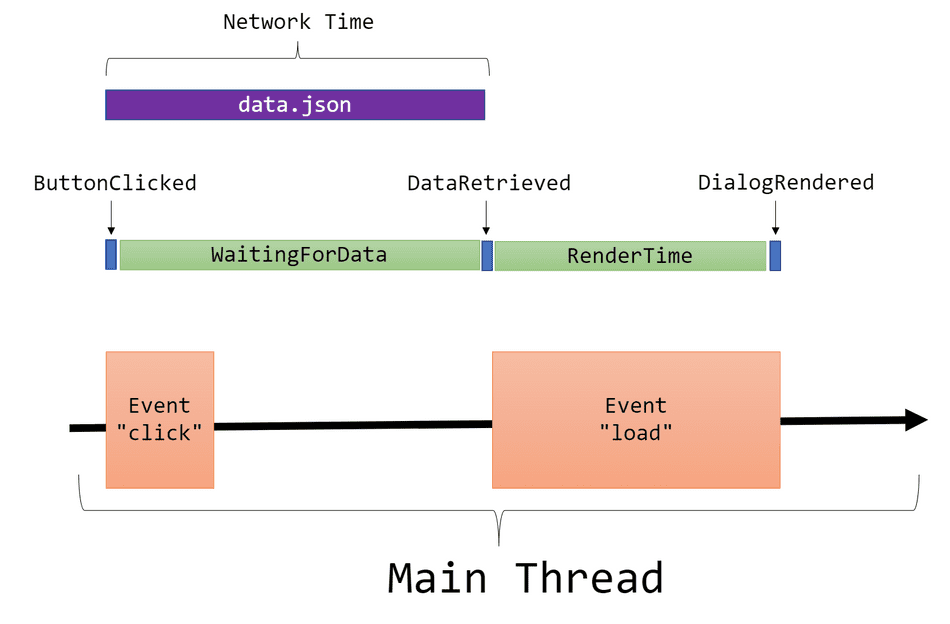 Note: Measuring network dependency (data.json in this example) time in this way doesn't just measure network time -- it measures time for a network resource to be available on the main thread.

Note 2: While we are measuring the time to create the DOM here, we are not including the time for the pixels to appear on the screen. Learn more in my tip on measuring frame paint time.

Performance marks and measures are extremely handy when profiling your user scenarios. The Chromium Profiler will actually visualize these in the Analysis Pane.

I've put together the above example in this demo page so we can profile it.

If you click the button in the example while collecting a profile, you will see the performance marks and measures in the Timings pane in the Profiler's selection analysis pane:

In this example, you can see the measures labeled, and the marks are there, too, albeit small and require hovering to identify:

A note on Firefox

So for Firefox compatibility, I recommend the following code:

With performance marks and measures in place, you can now start quantifying how fast your app's scenarios are at runtime.

You can connect the duration properties of your measures to your telemetry system to build an understanding for how fast scenarios are for real users.

I recommend checking out these tips next:

That's all for this tip! Thanks for reading! Discover more similar tips matching Beginner and Measuring.